Many marketing campaigns take place every year, but only a few of them make history!

And nothing sparks the creativity of a marketing brainiac more, than clever guerrilla campaigns.

We have compiled a list of our favorite Guerrilla Marketing Campaigns that were unforgettable, carefully designed, caught everyone’s attention at the time, and became a huge deal. Such a big deal, that we are blogging about it!

On an April Fool’s Monday morning, Taco Bell decided to issue a press release and drop the news they purchased the Liberty Bell. Controversial as it was, this caused massive discussions, as the historic monument’s name would be changed to Taco Liberty Bell. Even though this nation-wide hysteria cost them around $300,000, the actual advertising impact was around $25 millions, and Taco Bell’s sales increased by $600,000 the following day! Of course, both Taco Bell, and the National Park Service reassured the fuming crowd that this was a joke, and Taco Bell then proceeded to donate $50,000 (eek!) for the preservation of the bell. 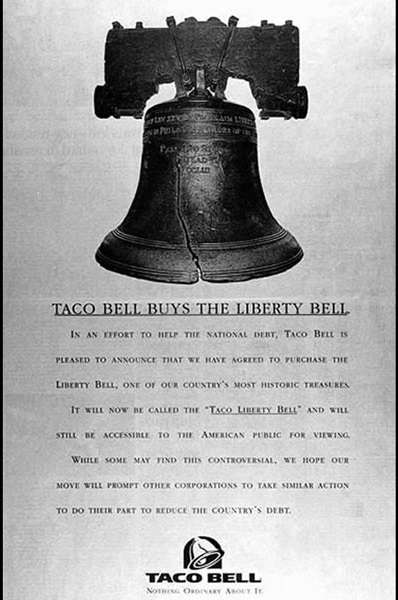 Photobombing at its finest! Between a sea of the brightest celebs and acclaimed famous faces, only one of them shined through. She wasn’t nominated for an award and didn’t star in any renowned film. She was just holding the distinguishable tray, offering the guests Fiji Water, and ‘accidentally’ appeared in the background of almost every single photo. She posed, but strategically. She stole the show, Twitter loved it, and herself, along with the Fiji Water Bottles, became viral! 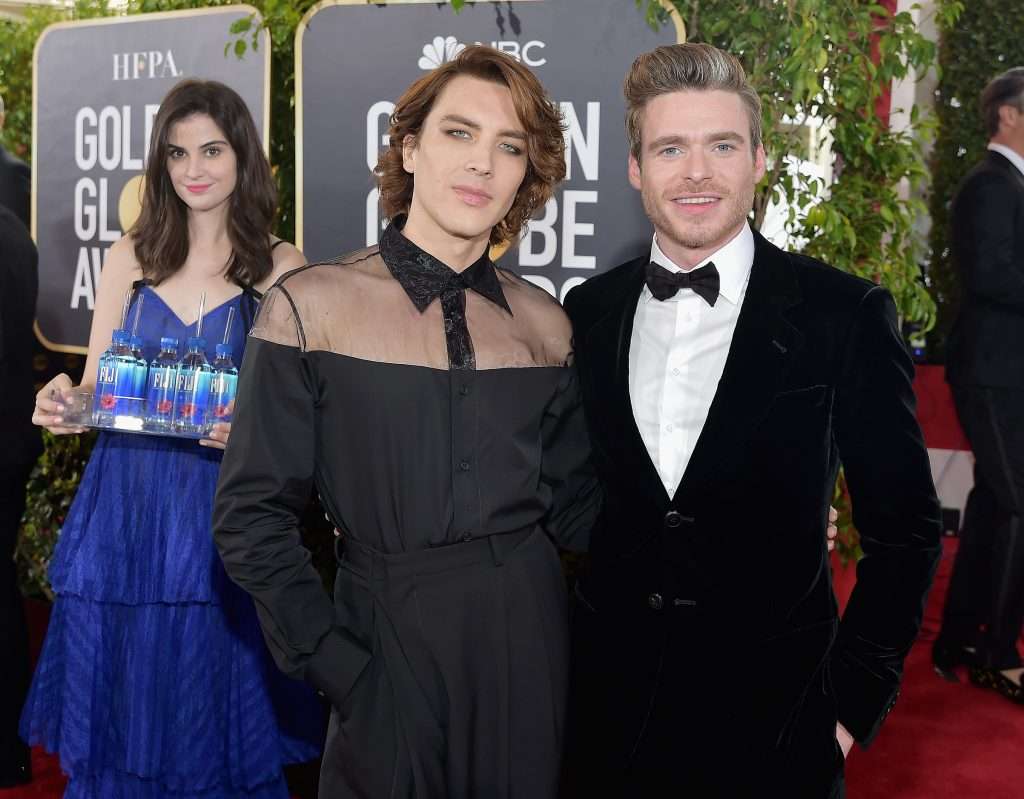 Imagine if your favorite movie character had a Tinder account. Would you swipe right or left? In the case of Deadpool, those who swiped right were redirected to the website of the movie to buy tickets. Even though with this move Marvel broke in a way a Tinder rule, as you are not legally allowed to promote any services on the platform, those who matched did not miss the opportunity to share their screenshots. This massive sharing ultimately led to Deadpool breaking the box office record!

4. Red Bull gives you wings… to go to space!

Red Bull gives you wings! Red Bull made their well-known motto, by sponsoring Felix Baumgartner to jump from the edge of space! This sponsorship cost Red Bull almost $30 millions, but with over 45 million people watching the live stream AND the humongous Red Bull logo on the parachute, it was definitely worth it. This enormous exposure of the brand, appeared in sales too, estimating $500 million new sales!

Bloody stakes on the billboard during the daytime, but during the evening… it’s a billboard that creeps you out, whether you are a driver or a pedestrian. The Dracula film’s billboard was meticulously designed so that the shadow of the stakes during the night formed the horrendous figure of Count Dracula’s face. Haunting to those who saw it, they rushed to Twitter expressing how they will keep a light on at night, after seeing the advert!

The creativity behind every campaign was awe-inspiring! These Guerrilla Campaigns didn’t go unnoticed and are worthy of envy of every marketeer. Which guerrilla campaign was your favorite? Let us know in the comments below!

4.3/5.0 Article rating
21 Reviews
Did you like this article?
We use cookies on our website to give you the most relevant experience by remembering your preferences and repeat visits. By clicking “Accept”, you consent to the use of ALL the cookies. Read More
Cookie settingsACCEPT
Manage consent

This website uses cookies to improve your experience while you navigate through the website. Out of these, the cookies that are categorized as necessary are stored on your browser as they are essential for the working of basic functionalities of the website. We also use third-party cookies that help us analyze and understand how you use this website. These cookies will be stored in your browser only with your consent. You also have the option to opt-out of these cookies. But opting out of some of these cookies may affect your browsing experience.
Necessary Always Enabled
Necessary cookies are absolutely essential for the website to function properly. This category only includes cookies that ensures basic functionalities and security features of the website. These cookies do not store any personal information.
Non-necessary
Any cookies that may not be particularly necessary for the website to function and is used specifically to collect user personal data via analytics, ads, other embedded contents are termed as non-necessary cookies. It is mandatory to procure user consent prior to running these cookies on your website.
SAVE & ACCEPT