It doesn’t matter if it’s for a Landing Page, a Creative or a Copy. For design optimization and greater Results, A/B gives data you can’t ignore.

Before getting started, it is important to mention that there is a plethora of options for experimenting variants:

What is A/B testing?

A/B testing, commonly known as Split testing, is a randomized experimental procedure in which two versions of a piece of content are tested (Creatives, Copy, Landing Pages, etc.). In simpler words, in an A/B test, you take a piece of Content such as an Image, and you modify it to create a second version of the same Image. This change can be as simple as a single headline Font, Background Color or a Layer. The original version of the Image (known as the control) is then shown to half of your Audience, while the updated version (the variation) is presented to the other half. Users’ interaction with each encounter is measured, gathered, and then evaluated. After that, you will be able to see whether the modification of the experience had a good, negative, or neutral impact on the user’s behavior.

A/B testing on Ads may be done on the following digital elements:

Why do A/B testing on ads?

A/B testing is vital because it allows you to determine what works best in your particular situation. Many researches have been conducted to determine the best effective marketing tactics in general. General guidelines are a good place to start, but they aren’t necessarily the best in every circumstance. You may transform generic concepts into particular outcomes for your business by conducting your own testing.

Organic or Promotional Split Testing reveals the preferences and dislikes of your target audience. Remember, people who follow you on Instagram, may not have the same taste as those who follow you on Facebook, or those who search for you on Google. With the help of continuous A/B Testing, you will gain insights about what works best for you on each channel.

If you already A/B tested your campaign and found a winner, you are not done.

It is tempting to think that once you have achieved your goal, you will have to stick with the campaign that brought you good results and stop testing.

Well, eventually the winning campaign will no longer be relevant. Your audience will become tired of seeing the same thing over and over, and your performance will suffer. Make sure you stick to A/B testing for all your advertising efforts whether it’s google ads, facebook ads etc. 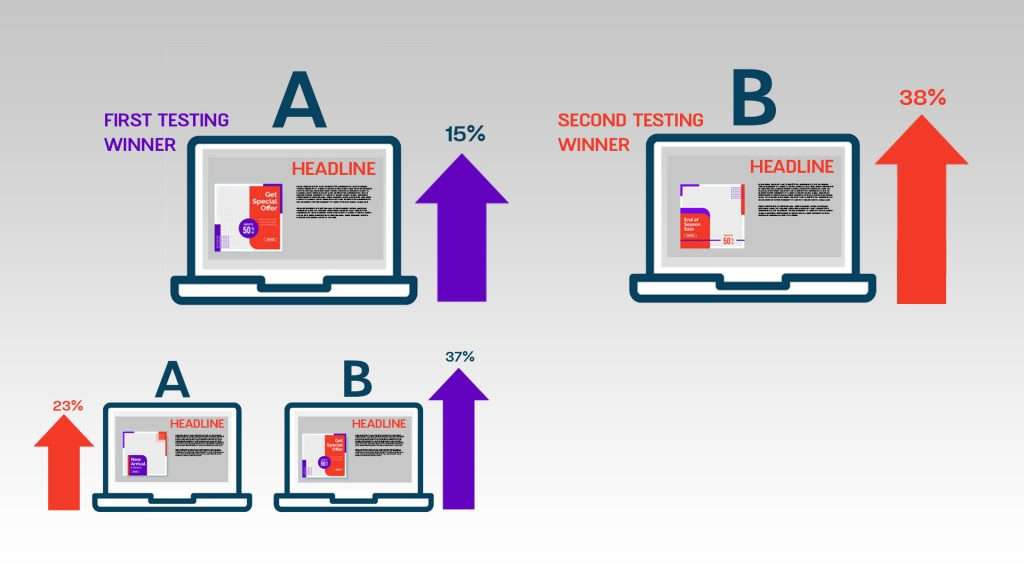 What if the campaign loses performance during A/B Testing?

For many marketeers, this is a very reasonable worry. Starting a new A/B testing on an Ad that is performing well might lead your audience to a variant that it’s not, resulting in missed chances. We get that, but how will you know what works for your business if failure is not there.

Each time you identify a variant that did not perform well, you just learn from it and know what works and what doesn’t, not only for future campaigns, but also for the rest of the parts of your marketing efforts. Remember that A/B testing isn’t just for determining the ideal Variant for your audience; it’s also for understanding your audiences’ behavior.

Now that you know what A/B testing is and how it works in advertising, try it out on an ad that does not work well. You’ll have a better understanding of your customers while also increasing the efficacy of your marketing. 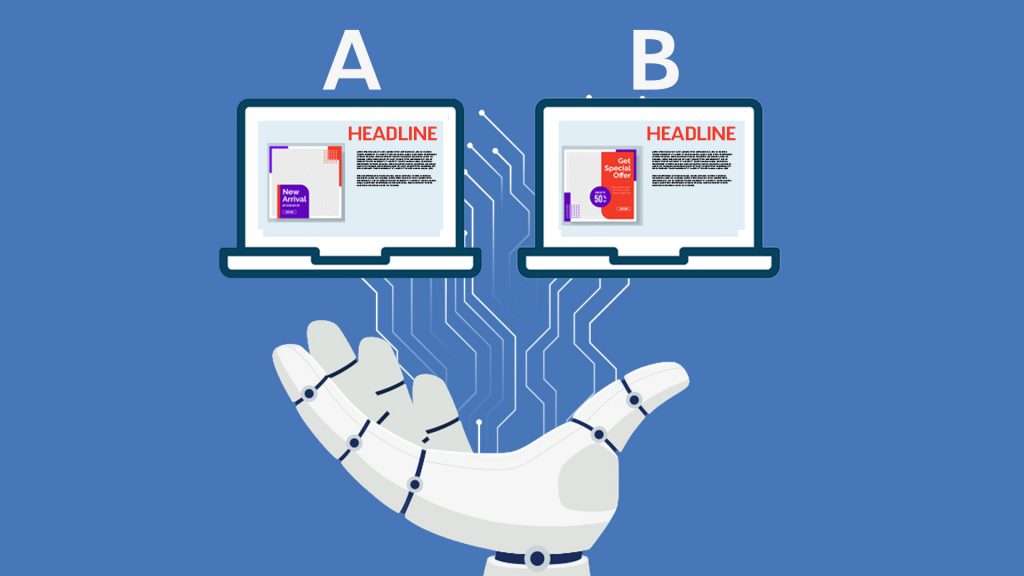 Those of you who might have made sense of what I have been talking about in this article, you may ask the 5 million dollar question:

Well Jeez, we’ve just covered what A/B testing is and why it is so important on digital advertising; machine learning and all that, is a question to be answered perhaps on a later date blog post! Stay tuned!

5.0/5.0 Article rating
13 Reviews
Did you like this article?
We use cookies on our website to give you the most relevant experience by remembering your preferences and repeat visits. By clicking “Accept”, you consent to the use of ALL the cookies. Read More
Cookie settingsACCEPT
Manage consent

This website uses cookies to improve your experience while you navigate through the website. Out of these, the cookies that are categorized as necessary are stored on your browser as they are essential for the working of basic functionalities of the website. We also use third-party cookies that help us analyze and understand how you use this website. These cookies will be stored in your browser only with your consent. You also have the option to opt-out of these cookies. But opting out of some of these cookies may affect your browsing experience.
Necessary Always Enabled
Necessary cookies are absolutely essential for the website to function properly. This category only includes cookies that ensures basic functionalities and security features of the website. These cookies do not store any personal information.
Non-necessary
Any cookies that may not be particularly necessary for the website to function and is used specifically to collect user personal data via analytics, ads, other embedded contents are termed as non-necessary cookies. It is mandatory to procure user consent prior to running these cookies on your website.
SAVE & ACCEPT